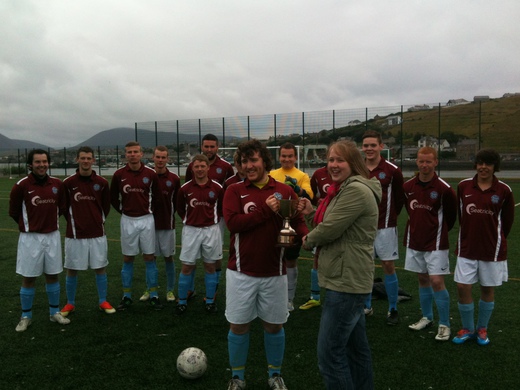 Clark Thomson's Leanne Norquoy presented the Trophy to Darren Logan, Stromness Reserves captain at the 3G Academy pitch in Stromness just before their game against Dounby - which they went on to win one - nil, progressing to the Reid Cup final against Rovers on Saturday night. 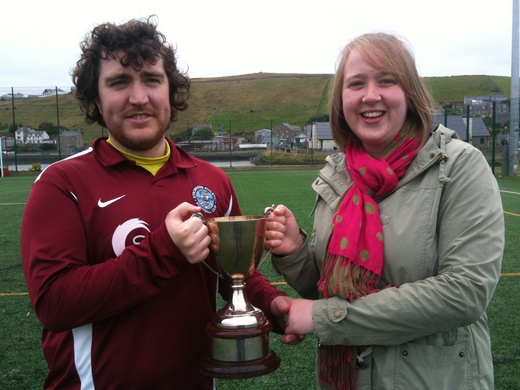